It’s been a wild few years since we originally opened, in 2015, in Springboro, Ohio. We’ve been honored to become a part of the community, and that all of you joined us on our journey from our earliest beginnings, but here we are again – with big news!

We are absolutely thrilled to announce that construction on a SECOND LOCATION is underway in Piqua, Ohio! Our expansion will transform an existing 10,000 square foot building to include a brewery, warehouse-style beer hall, a full kitchen, an event space, and an outdoor Biergarten overlooking Piqua’s emerging Lock Nine Park!

The building we’re retrofitting dates back to the early 1900s, and was previously occupied by motorcycle dealer, car dealerships, and most recently The Piqua Granite and Monument Co.  Our new plans for the building include removing some partitions and equipment that remain in the space so that we can highlight the historic character of the building. The new configuration will include two primary spaces, one for dining and the other for special events, which we’ll be hosting on-site. The Warehouse Beer Hall will be located in the more industrial former garage space and will be the primary drinking and dining area and feature views of the brewery operations, just like our current Springboro location. It’ll also provide access to the extensive patio areas overlooking Lock Nine Park. The former display area, dubbed the Showroom, features large windows along the Main Street frontage and will function as a flexible space where events will be hosted. A full-service kitchen will be centrally located between the two public spaces with an order and pickup window easily accessible to both sides.

Thank you all so much for coming with us on our brewing adventures – and keep an eye on this space for updates! 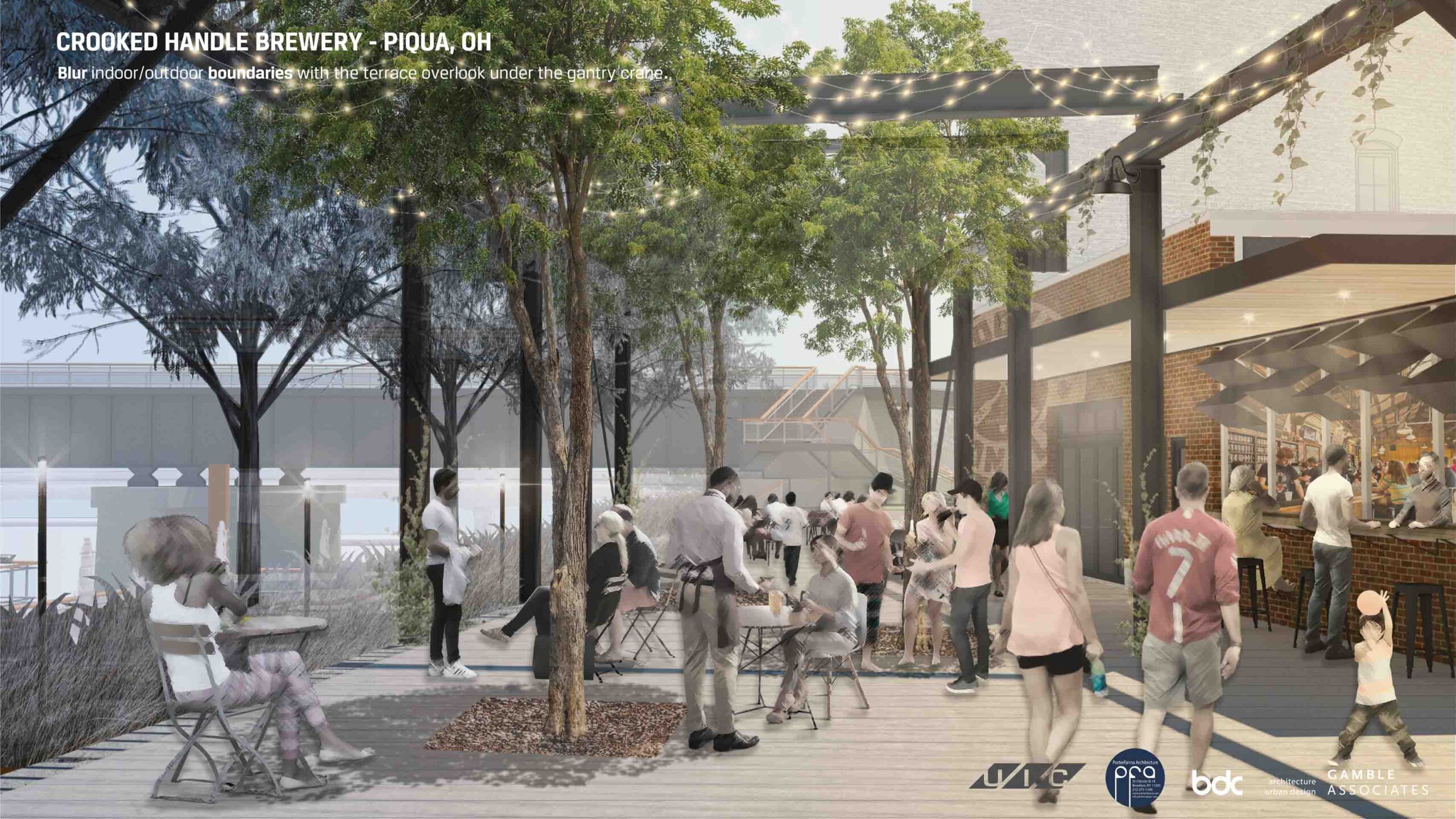 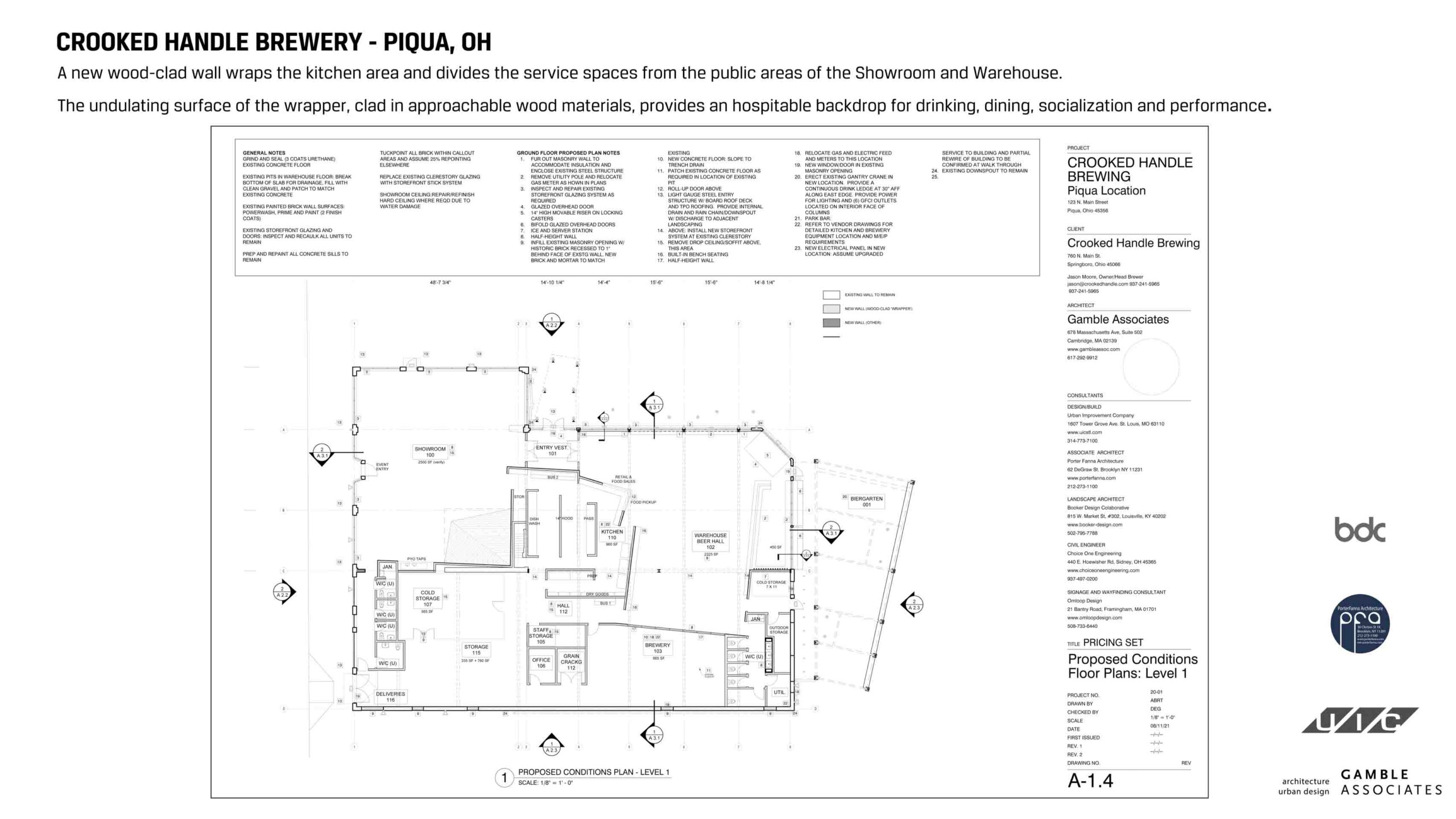 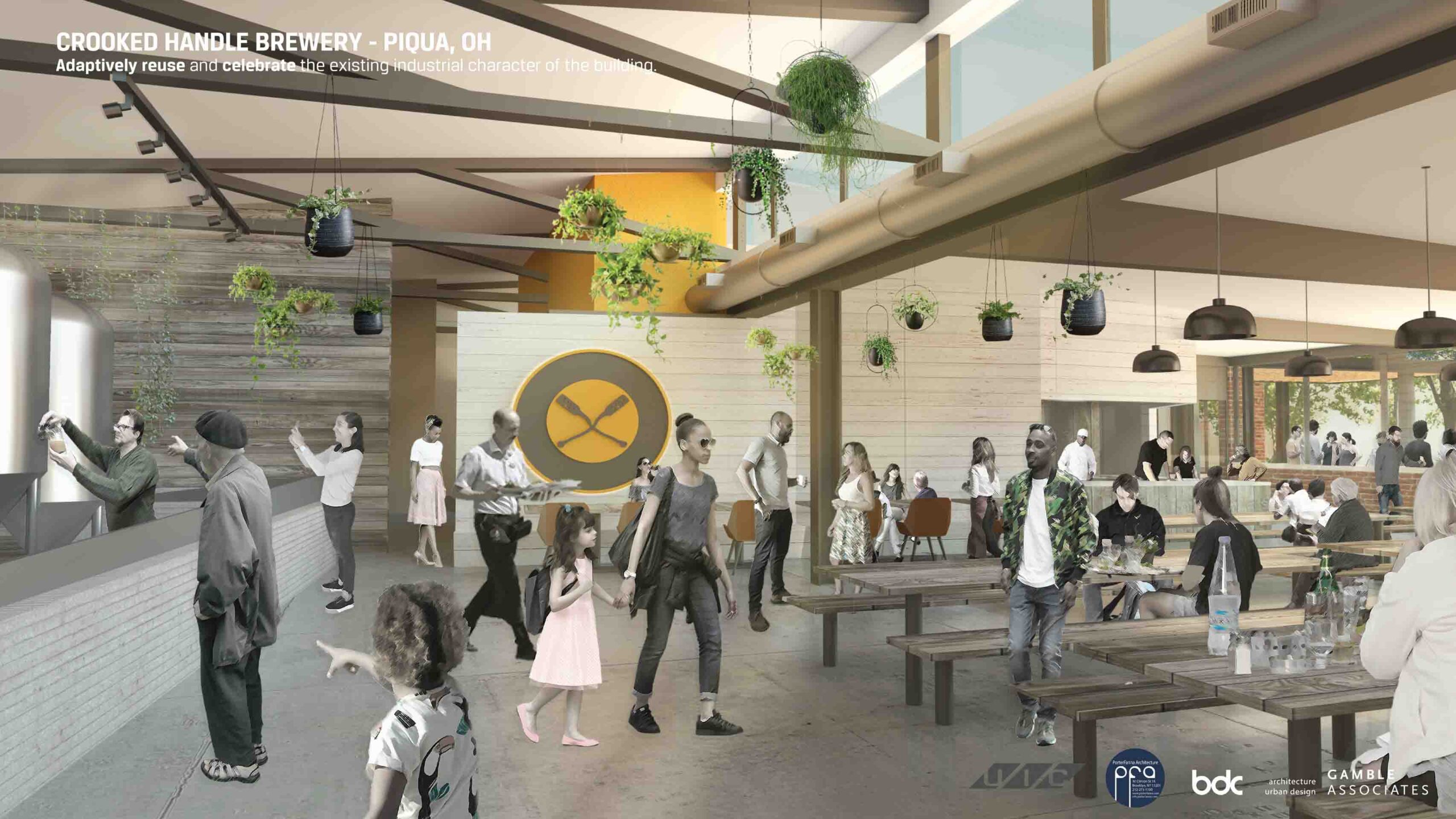 Images provided are mock-ups of the potential look and feel of the new space.

Crafting our passion since 2015